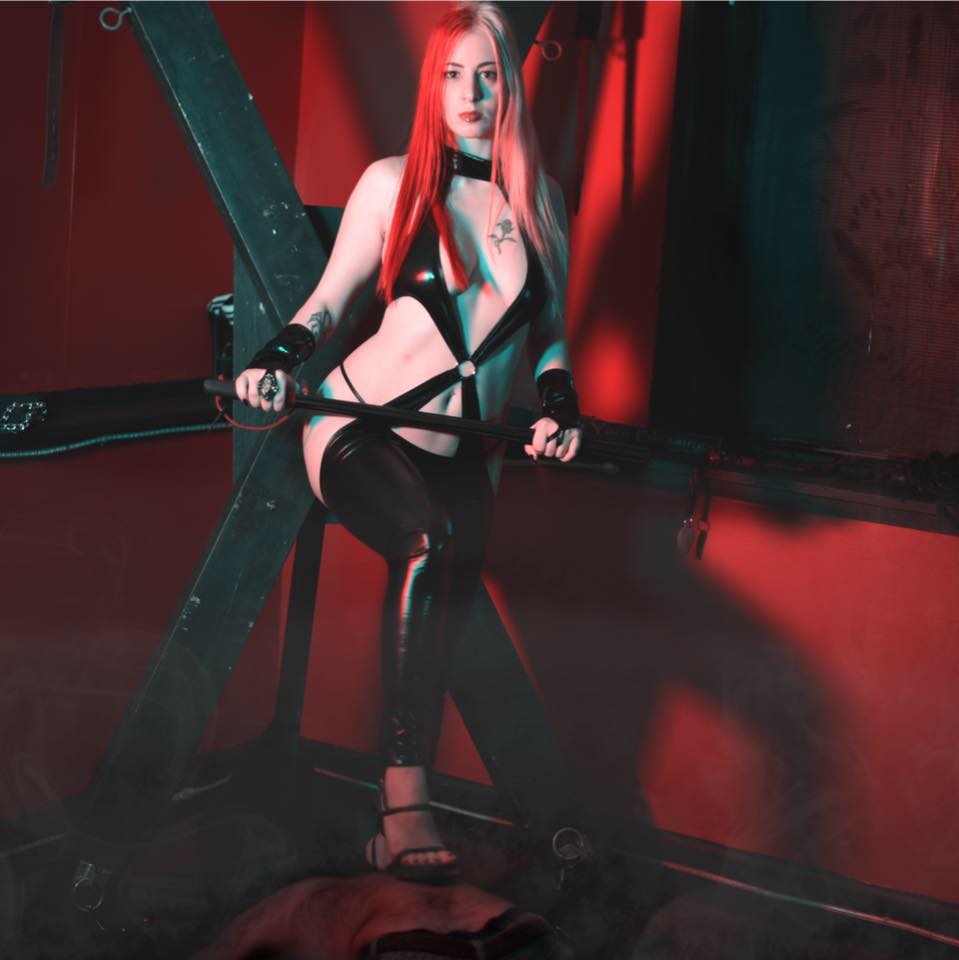 At long last, Goddess Lilith returns to Providence and Boston:
May 6-20
Select session appointments will be available at Her Dungeon, Eden – located 5 minutes north of downtown

Session deposit is required. Contact ServeGoddessLilith at gmail dot com to inquire. All new applicants are required to provide references.

Did some Double Domme sessions with My friend Mistress Deana over the weekend. First we had a naughty judge with a secretary fantasy… he’s a married man so he was quite nervous! I think he almost peed his pants when We both cornered him so he couldn’t move and then whispered in ear about all the things We’d do to him if he didn’t hand over his wallet… xD

I was a little dissapointed I didn’t get to BEAT anyone this weekend, as I have some pent-up agression due to some stupid web stuff that has to be organized… but hopefully I’ll be able to get out My anger soon enough.

Also had a fun half hour session with a pathetic little worm named John.  He came to visit Mistress Taiana and I.  We stripped him naked, threw him on the floor and I pressed My soles into his face.  Taiana whipped him with Her belt and I shoved My smelly socks into his mouth while he played with his pathetically small, utterly USELESS little pindick, while We made him scream “I have a small dick!” over and over, for Our amusement.

At the end of our session we let him kiss Our perfect asses, and he left a happy little piglet, with a MUCH lighter wallet.

This weekend is sure to bring more adventures and excitement; I can hardly wait!

By the way, you worms are expected to complete your orders, go to the  tasks page and do it NOW.  Also, you should register yourself on this site so that you can reply to My awesome blog posts.   I command you to register and show Me some fucking appreciation NOW!!!!