Goddess Lilith is available for sessions in 2020:

Boston boys, many of you ask Me for private foot worship sessions. While I don’t allow just anyone the privilege to worship My feet, I do love foot domination and foot smothering. Or perhaps you want to just chat about your foot fetish while giving Me a nice foot rub – maybe showing off some foot reflexology skills? 😉

I am pleased to announce I will be appearing at the next Boston private foot fetish party (started by Footnight.com)

I’m pleased to say that I’ll be in NYC this upcoming Monday for Anna’s private Foot worship party in Manhattan!
MONDAY, April 10th from 7pm-12am!

NYC boys, now’s your chance to meet Me.  I am always on the lookout for NYC servants, since it is an area I frequent.  Email Me or comment on this post to arrange a session with your Goddess ^.^

(Did you bitches even notice that you can now leave COMMENTS on My blog?)
That means I want them. Make yourselves an account here so you can COMMENT on My writings and musings. Show Me that you are devoted, and are paying attention.

On the subject of paying attention – I’ve been ecstatic to see that I’ve been at the TOP of many of the lists I’ve been listed on!! (The ones on the OBEY page). I must say I am quite pleased with the devotion you boys have shown lately. 🙂  This makes Me very happy. I have a feeling that the bulk of the voting has been done by pet jeffrey this week!! 😉  Good boy!! <3 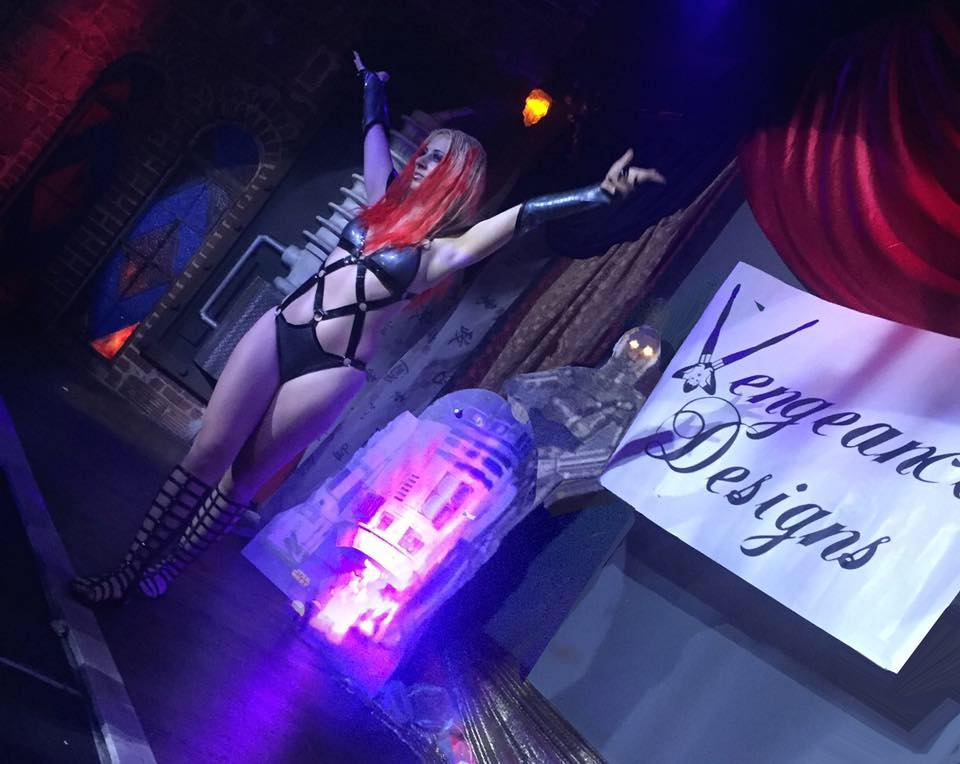 I had an amazing time at the Variant Ball on Saturday.  I donned a beautiful pink latex outfit from head to toe – wearing My big, stompy buckle boots that I love so much.  (I have a huge boot fetish, in case you didn’t know.)  The club was packed to it’s capacity and yours Truly was a shining star, as always.  After such a long day stomping around in those boots (I’d come straight from the annual Boston/NORML Freedom Rally in Boston Common, after doing LOTS of canvasing and awareness spreading of the upcoming ballot vote to decriminalize marijuana possession in Mass) and then parading around on stage,  I didn’t have as much energy to dance as I usually do, but I still jumped up there and Dominated My favorite pole for quite awhile.   A blonde cutie wearing an open leather jacket and nipple tape jumped up on there with Me at one point, and I spanked her with a riding crop in front of hundreds of onlookers.  It was pretty fuckin’ hot, to say the least!

I saw many of My friends, some that I hadn’t seen in quite awhile.  My gorgeous, favorite hottie was there too, and he was all over Me during My few moments out of the spotlight.   ^.^

On Sunday, My feet were quite sore, so Cykros picked Me up from work and gave Me a nice long foot massage.  Carrying 10 extra lbs underneath your feet for 14 hours straight might make them hurt a little bit, huh!?

Yesterday, My feet were STILL sore.   ben, one of My occasional humiliation bitches, met Me on campus with the Starbucks I’d requested, and rubbed My feet until I went off to class.  He had been at the V Ball as well, but he only got the chance to see Me briefly, so he jumped at the chance to see Me last night.

This evening is Boston’s first FOOTNIGHT of the year – and I’m highly anticipating it!  It’s been so long since there’s been a FN here – I really hope to see some familiar faces, but I’m looking forward to meeting new ones as well.  I’m still deciding what to wear – at first I was thinking eveningwear, but now I think I’ll just be pink, comfy, and CUTE, in some tight pink sweatpants and a white tank top.

BY THE WAY – My birthday is coming up next month, in case you weren’t aware!!  I just updated My amazon wishlist a little bit, but I still have some more to add to it ….

Needless to say, I expect HEAVY spoiling from all of you little secret admirers from afar, and wannabe or current servant minions.

Even if you don’t consider yourself a servant minion, you can still buy Me something to please Me on My special day – and remain completely anonymous if you wish.    However, keep in mind that My more generous givers often receive quite a bit more attention from Me, and My attention isn’t always easy to get!  ^.^

Well now, I’m off to start My day. Don’t forget to complete your assigned tasks today, minions! Hit those VOTE LINKS to keep My website traffic UP, up up!

I am pleased to announce that I will be a featured model at not one, but TWO fetish events this month in Boston!

The first, is the annual Variant Ball at Machine nightclub, this Saturday night!   I will be modeling in the fashion show, wearing cyber/latex fashions for some of New England’s hottest up and coming fetish fashion designers!

The next exciting event this month is the return of Boston’s FootNight!!  I can’t put into words how happy I am that this event is back! I have been a Footnight model for several years now, and this is where you can worship Me in person.   If you are interested in attending,  I recommend contacting Me ASAP to find out how to get signed up for this.  It is at a private location to ensure the safety and privacy of all attendants.   This is NEXT TUESDAY.    If you want to come and worship My feet, then email Me directly at :  sadistic.princess.xx (at) gmail.com

I am extremely excited for both of these events!!  =)